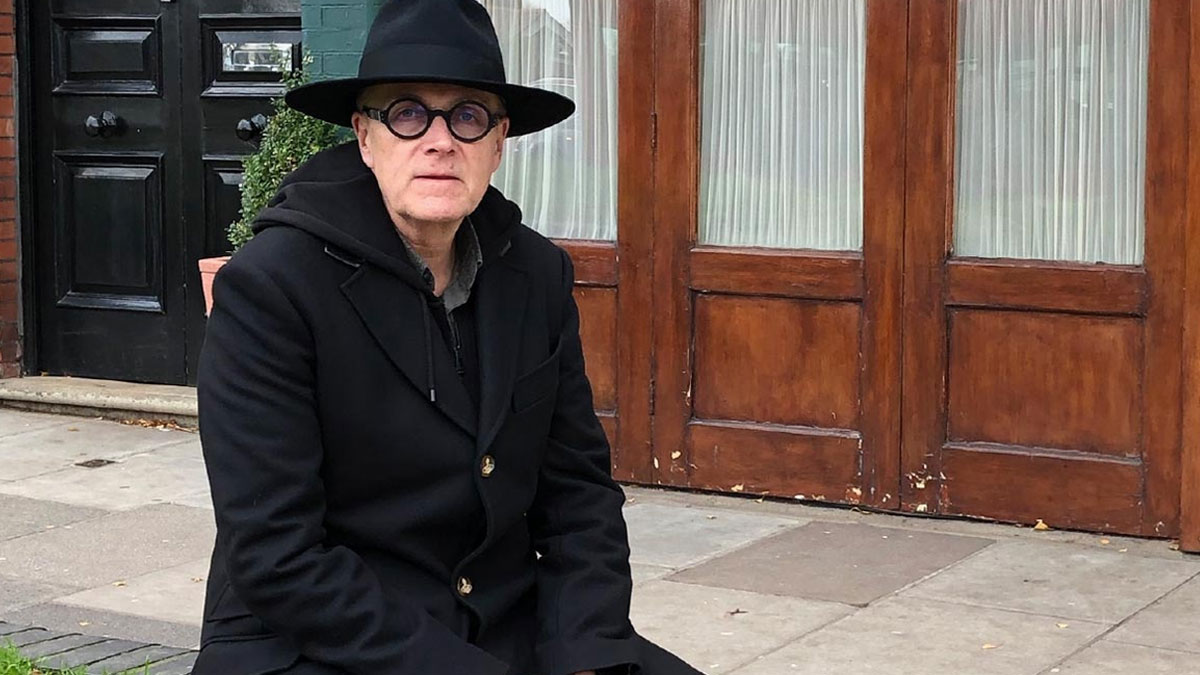 The science of career moves

Nick started out a scientist, studying Environmental Biology and then reading for a Doctorate in Animal Behaviour at Balliol College, Oxford. But the life of an academic, alongside contemporaries such as Richard Dawkins, didn't ultimately appeal so he looked for a 'proper job'.

Failing that, he went to work in advertising in the 80s, eventually heading up legendary London creative shop Leagas Delaney.

This was the tail end of the Mad Men era. And, in the opinion of many, London was the global hub of creativity, energy and innovation.

Exposure to the creativity of that time perhaps helped shape Nick's next move - into the 21st Century and the art world.

He became COO of Frieze Art Fair - the preeminent contemporary art fair - expanding it into New York and launching its historical sister show - Frieze Masters. From there he moved on to global art titan Christies, where he was COO of a major division.

Today, he's about to launch an online art world start-up and serves as adviser/director on the boards of The Photographers Gallery, Photo London, a contemporary dance company and a major art dealer.

Although never a conventional 'agency creative', Nick's career has been inspired by the creative energy of his home city. And below he tells us how it continues to define his life and career.

What's the best thing about living in london?

The energy, the concentration of young talent, the culture, the restaurants and the music scene.

In which area do you live?

Barnes, South West London, or 'The Village' as we call it. It's been home for 26 years (except for a three-year stint in Holland). It has one of London's best 10 restaurants, Riva, which is less than 100 metres from my front door. And with the fairly recently opened Olympic we are also blessed with one of the chicest new cinemas in London.

How would you describe the style of your home?

In the UK we'd say it is Edwardian - late 19th century to early 20th.  On the inside however, it's (mostly) contemporary.  I can't stand clutter so I'm constantly putting things away or throwing them out. I loathe 'knick-knacks' – a perfect shelf is an empty shelf for me – or at least one with books arranged in height order!

Tell us about your commute.

At the moment it mostly involves walking down stairs to the coffee machine via the exercise bicycle and shower. I'm working mainly from home deciding where, once we complete our fund raise, our office will be.

Do you have a favourite coffee shop near the office?

Apart from my own Jura espresso machine I like to frequent 45 Jermyn Street and The Wolseley for a decent cappuccino.

What's a typical work day for you?

Variable. At Christie's it was busy, meeting heavy and I had a lot of international travelling to do. Suddenly that changed when I left to get involved in this new business. Now I spend much more time at home, and inevitably a large part of it is spent staring at a computer screen or on the phone. Luckily, I also get to meet really interesting people in the art world, and get to visit artists' studios.

Where would you head for a midweek evening out?

Usually a gig. I go and see a lot of live music.

The best new small venues I've discovered in the last year or two are Nells Jazz and Blues club in Barons Court and O'Meara.

Nells is above a supermarket and is owned by Vince Power who has been a significant presence on the UK music scene for a long time. It's a tiny venue (maybe it holds a couple of hundred people) and I've seen Van Morrison there 6 or 7 times. I like being up close and personal, and to be able to sit six feet from Van and hear him playing in a club with a great jazz and blues vibe and clearly loving it, is a real thrill.

O'Meara is near Borough Market under some railway arches. It's a great design. From the bar you can see in to the 'Green Room' which breaks down the barrier between the artists and the public and one of the Mumford's was involved in it, so with its great PA and sloping floor it's really well designed to hear the music and see the band.

If you could only buy clothes from one designer, who would you choose?

Definitely ACNE. I don't look anything like any of the models in their publicity shots who seem to be peddling a modern version of 'heroin chic' and I'm at least three times their age mostly…. But the staff in the store in Dover Street are really cool and lovely and never judgmental. In my view no one is too old to wear well designed and made contemporary clothes and decent cut jeans.

Do you wear anything that has become your 'signature'?

My glasses. I have a pair of black round glasses – nothing special about that you'd think, except that at least two or three strangers comment on them every week! They are from a company called Vinylize in Hungary and are made from an old vinyl record - yes really! Mine are called 'Cliff' because they were laser cut from a Jimmy Cliff record.

What was your last 'big' purchase?

My most recent one is some shelving from Vitsoe. It is absolutely fabulous. Designed by Dieter Rams in the early 60's. He was the man who created  most of Braun's great looking products, predating Apple, and nothing has fundamentally changed in its construction in fifty years.

If you were having trouble cracking a brief, what or who would you turn to for inspiration?

I don't have to 'crack briefs' these days but I do of course still look for inspiration. For that it's mostly contemporary art. So I will regularly take in the top contemporary galleries such as Hauser and Wirth, Gagosian, David Zwirner, Lisson, Sadie Coles, etc but also the art colleges graduate shows and the museums.

Probably the best thing I've seen in the last five years or so is currently on view at Tate Modern – Christian Marclay's 'The Clock' is extraordinary. He has edited together clips of film creating a piece that runs for 24 hours with regular site of a watch or clock in the action.

It plays contemporaneously with when you are viewing it and you can't help regularly checking your watch of course, but also stringing together a strange narrative in your head connecting the otherwise unconnected snippets from movies and TV. It's a work of genius.

Can you recommend a little known area of london that visitors should explore?

It's a place rather than an area but I'd have to recommend Lock & Co at 6 St James's Street. Due to a shortage of hair I have fairly recently taken to wearing hats, so thought I'd check out the oldest and best hat shop in the world.

It's like stepping back in time. In a good way. Lock & Co has been in the same place since 1765 and if you shop there you best not be in a hurry.

As you'd expect, the staff know what they are talking about and if you're one of those people who would automatically say “I don't wear hats. I look daft in them” I suggest you go to Locks and take their advice.

It's like a counselling session in which they will rightly remind you that although you may be very self-conscious walking down the street no one else knows you're new to hat wearing and will just be thinking 'cool hat'.

Do you have a favourite bar or restaurant?

I have both! My favourite bar is The Dove in Hammersmith. There's been a pub on this site on the river since the 17th Century. Rule Britannia was composed there and Charles II chatted up Nell Gwynne in the bar.  I always get excited if I'm meeting someone for a pint at The Dove.

My favourite restaurant is The River Café. People say it's 'expensive'. I always say no, it's a lot of money, but it's still good value. I've been going there since the week it opened, when the café, which was initially just for the staff of Richard Roger's architect's practice, first invited in the public. It's expanded hugely since then and yet retained its ability to serve the most delicious Italian food in London, always brought to your table by the most wonderful staff. A fabulous place.

If you could change one thing about your city, what would it be?

Homelessness. It saddens me to see people on the streets. I can't understand how we don't help them more. I find it very hard to walk past someone who is begging for food. A lot of people think they're wasters who should buck up and get a job. But it is so much more complicated than that. My wife and I have taken to buying people food. I prefer that approach to just giving them money – that's very easy and assuages people's guilt, but I'm not sure it truly helps them. Also, if you're going to buy them something to eat you need to chat to them and that in itself is something every Londoner should do more often.

What do you most look forward to doing at the weekend?

Playing golf with my 23 year-old son. Last year, after about 30 years of hardly playing at all, I was very fortunate to have the opportunity to play a round at Pebble Beach in California, a course on every golfer's bucket list, and I got the bug. It's of course hugely frustrating and great fun in equal measure, but most importantly it's been a great opportunity for my son and I to spend some fabulous time together.

Which apps, websites and social media do you use most?

I'm addicted to Instagram and kind of use it as my diary. My favourite apps are Uber (of course!); Citymapper (which is totally reliable for getting from A to B in London); Waze for long journeys; Expecting Rain (I'm a Bob Dylan nut); MyFitnessPal (I was introduced to it three years ago by a colleague as I wanted to shed some weight – since then I've recorded everything I've eaten and drunk and lost 10 kilos) and Shazam (I'm always wanting to know 'that' tune and now it's even better as it shows you the lyrics as the song plays).

If you would like to feature in Creative Life, please drop us a note. We'd love to hear from you.