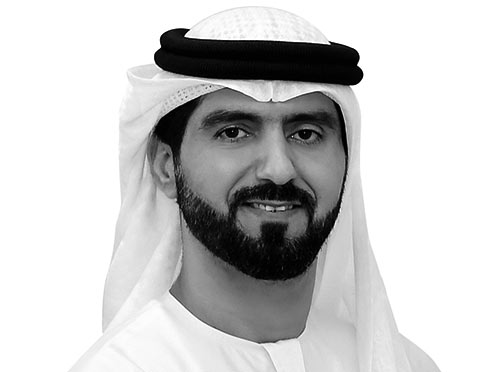 Khaled AlShehhi is a marketer who pushes boundaries to achieve meaningful, transformative goals and a serial award winner. His efforts to build the Emirates’ nation brand through a myriad projects and initiatives have won him praise, recognition and several board positions at regional industry associations.

Transformer: As well as the Executive Director of Marketing and Communication at the UAE Government Media Office in the Ministry of Cabinet Affairs, he is also the Marketing Director at the Mohammed bin Rashid Al Maktoum Global Initiatives. In both these roles, he is reshaping and humanizing G2C communications to strengthen the UAE’s reputation as an incubator for pioneering developmental, humanitarian, cultural and knowledge projects.

Innovator: The consummate team builder and motivator, he pushes himself and those around him to aim high and achieve big. Strategically focused and driven by creativity and performance, AlShehhi has ensured the success of projects like the launch of Emirates Nation Brand - Impossible Is Possible, The Emirates Mars Mission probe launch campaign in July 2020 and Mars Orbit Insertion campaign in Feb 2021, The World’s coolest Winter campaign, 100 Million meals, The World’s Tallest Donation Box , Martian Stamp, the double moon, the First Arabic countdown and The Well of Hope. Some of these have also won multiple awards in regional and international advertising competitions, including the Cannes Lions, the One Show, the Webby, New York Festival and the Dubai Lynx, among many others.

Influencer: Featured in the Arabian Business’ 2021 Arab Power List of individuals shaping the Middle East. AlShehhi was named the “Digital Professional of the Year” by The Public Relations and Communications Association (PRCA), which is the world’s largest professional PR body and named a Marketing Game Changer by Campaign Middle East in 2020. He now sits on the Executive boards of both MEPRA and PRCA MENA, as well as on the judging panels on some of the world’s most prestigious industry communication and advertising awards like London International Awards, Cresta, WARC, MENA Effie, MEPRA and New York Festivals AME Awards. He is also appointed in New York AME Advisory Council, which is a brain trust of leaders who lend their creative insights, industry expertise, and global perspective to the AME Awards team

He holds a Master of Law (LLM) - International Business from Université Panthéon Assas (Paris II) and is also a graduate from the Mohammed bin Rashid Center for Leadership Development’s ‘Impactful Leaders Program’.

Connect with him on LinkedIn here: https://www.linkedin.com/in/khaledalshehhi/