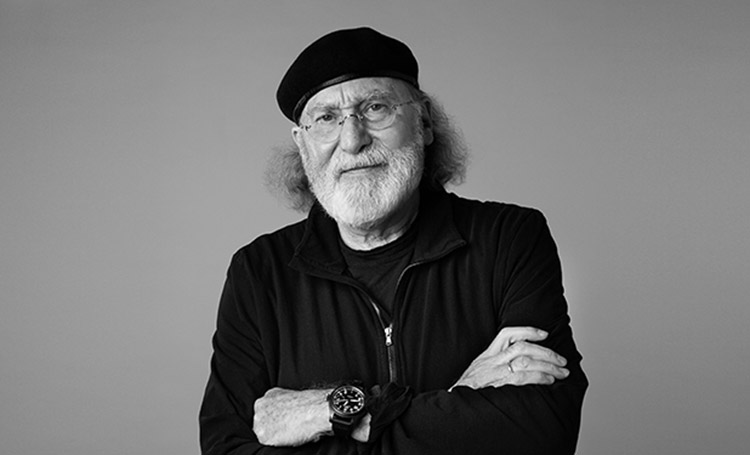 Bob Greenberg, chairman and founder of R/GA, shares a view on the drivers of change in his business and beyond, in discussion with Cresta CEO Lewis Blackwell

Imagine deliberately moving the focus away from what you are known for and successful with, so as to place the big bet on the new.

Ceaseless reinvention is what being creative is all about, isn't it? And yet creative industries are often highly conventional in sticking to what they think they know best.

But Bob Greenberg is an exception. R/GA, the enterprise he has led or co-lead for 42 years, stands apart as a creative business like no other. He started it with his brother Richard, both of them working and often sleeping in a tiny studio while crafting an output that transformed film graphics and technology — from breakthrough work in 1978 on Superman, and going on to be pioneers of CGI in Hollywood for more than a decade, picking up an Academy Award along the way. Then that was turned into standout productions as a broader digital studio, with thousands of high-end commercials and more feature work. The arrival of the world wide web prompted radical redirection into making the future happen in a new way, with a commitment to becoming an interactive advertising agency before there was such a thing. It paid off. in the late 1990s the business was sold to True North, which then became part of Interpublic. But R/GA never lost its own identity: instead it has remade that identity time after time.

Rather than slowing down evolution, Greenberg has described that the cycle of reinvention has gone from once being on nine-year-cycles to more recently taking place at an almost annual cycle of change. No wonder the current mantra of R/GA is "transformation at speed".

The end of 2018 saw him hand over the CEO role to Sean Lyons but it is Greenberg's far-signed and distinct vision that continues to communicate the company's difference.

All the awards lining the lobby of the highly impressive Foster+Partners-designed HQ in Manhattan are echoes of the past: what we know R/GA for is not what they want to be. Greenberg is never wanting to be more than about 80 per cent optimised because he knows a creative business needs to be ceaselessly re-creating itself first if it is not to be found wanting later. So where are they now? 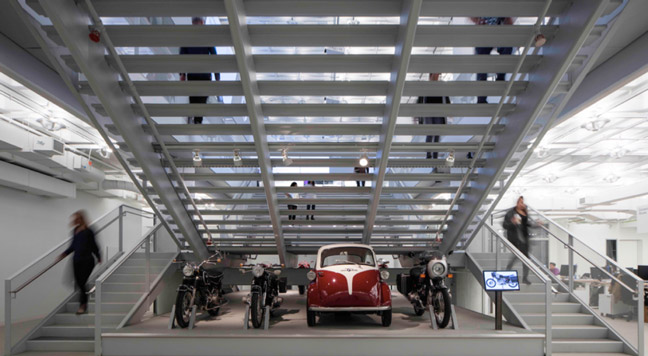 "These days R/GA's model is mainly about how to help C-level clients innovate," he says. "To some degree we were doing that, but now the company has transformed into a company that is designed to help with innovation. Innovation is the biggest problem our clients face."

One way of doing that has been through the growing business accelerator side of R/GA, where they are venture capitalists with a difference. They draw in many proposals around a theme, which are invited into a demonstration day, from which they move to "working with perhaps six to eight of the start-ups in a programme, helping them with ‘creative capital' as well as bringing in traditional capital". From this, "Now we have more than 100 companies that we have helped start."

Rather than burden the companies with expensive heads, R/GA's contribution comes with injecting multi-talented award-winning creative help as needed. It is not an overhead but an investment and one that may also grow clients and engage existing clients. They can bring in mainstream rostered clients to work with the new companies, delivering benefits both ways. With Nike, where R/GA has been the interactive agency of record since 2003, a major new shoe launch was partially enabled with the help of one of the start-ups, an innovative fulfilment company, Darkstore

2018 marked the first time the Jordan brand would be hosting the NBA All-Star Weekend. It was a fitting time for R/GA to launch the world’s first shoppable augmented reality experience, as iconic as the moment it was replicating.

The company is also pushing more directly into the C-level client world. Greenberg explains: "We saw an opening as a consultancy practice. Specifically, in business transformation, where we help C-level clients innovate, and we also have marketing transformation and we have experiential transformation. We go up against McKinsey and Accenture, all those companies."

He admits they are a small fish in this area, but their scale can be an advantage. They are not up against direct competitors in truth, but offer a different take for top management keen to find fresh ways to innovate. While the giant consultants of the world advise on innovation but will farm off the execution to an acquired business, R/GA can speak from the heart that creativity is where they start from. In short: "R/GA is creatively driven, Accenture is not." He sees integration challenges for creatively focused companies disappearing into the big consultants, rather than building a relationship directly with the clients. In effect, R/GA is pushing up the chain on the basis of the transformational effect that strong creative work can deliver. From this they can move to more strategic engagement.

"We can get our clients to work with our consulting group and our consulting clients to work with other parts. It's a great thing to be working at the C-level - the CMO may be part of that but we start to tap into budgets that are beyond marketing and work at the highest level. We don't come up against our traditional peers… we have yet to find ourselves up against agencies in the venture or the consulting areas, although they are moving in."

Another way businesses of all forms might get a sense of collaborating with R/GA is by licensing their actual way of working. The R/GA O.S is a branded-up version of the linked technologies and methods that R/GA has used for more than a decade, constantly evolving to work across its many offices as one connected workforce. It is a mix of purpose-built and off-the-shelf components that enable the many offices of R/GA worldwide to work together as one team. It is, arguably, a lighter, more agile and definitely lower-cost version of what Publicis set out to do when creating its AIinfused work platform Marcel with Microsoft.

"We created our O.S. over almost 20 years," says Greenberg. ‘It ties in all sort of proprietory tools and also ones that are off the shelf and allows people here to work with other offices to do 24/7 load balancing, talent integration and currency differentation, for example. Not something just for R/GA. As our licensing division grows it can go beyond offering to IPG members and take it further afield."

One thing for sure, while Greenberg's spirit is around the enterprise, a profound and questing engagement with creativity is at the core of the business. He takes me for a tour of the building, which manages to have fevered energy and yet ooze a cloistered calm, at one and the same time (rather like his own character). The offices house an eclectic mix of Greenberg's own art and design collection — from astounding Outsider art pieces (he has long been a leading collector and champion) to museum-grade display of the designs of Dieter Rams, to some of his much-loved Ducati motorbikes.

Perhaps with the next generation of technology, some kind of blend of AI and AR, there'll be a way to exhibit the ceaseless exploration and inquiry that I can only presume lies inside Greenberg's head. It would be the crowning exhibit.