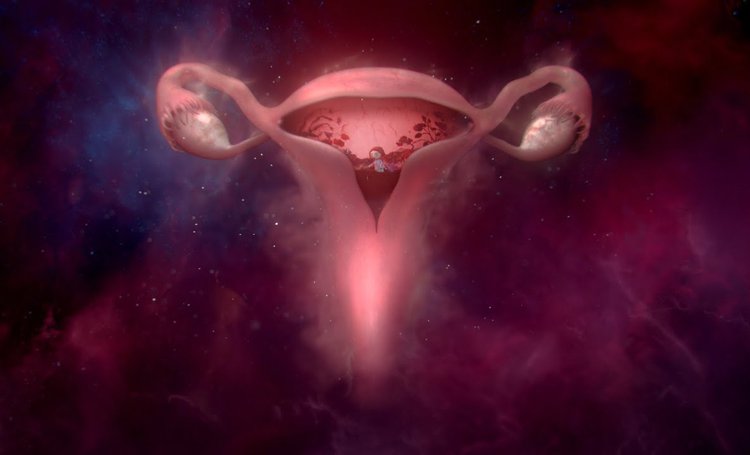 BBDO Worldwide and AMV BBDO have once again combined to take the two top ‘Of The Year’ trophies at this year’s Cresta Awards.

Against a record level of competition they repeated their 2019 triumphs, BBDO taking Network Of  The Year and Agency of The Year going to the London arm of the group. Once again AMV BBDO’s work for the client Essity and its brand Bodyform/Libresse underpinned both the agency and network performance, this time with the short film #Wombstories (above) following up last year’s ‘Viva La Vulva’. It won even more than its predecessor, including four Grand Prix, half of all those given by the 120-strong global jury.

When told of the network success, David Lubars, Chief Creative Officer of BBDO Worldwide, commented: “Creative excellence year in and year out is one of our highest priorities, we never ‘take a year off'. So it’s an honour to be named both Network and Agency of the Year at Cresta for the second year in a row.”

Alex Grieve, CCO at AMV BBDO, said: “Winning once is hard. Repeating is the hardest thing possible. That’s why I’m so proud and honoured AMV have won Agency Of The Year for the second year running. I guess the only option now is the three-peat.”

It was the strength in depth of BBDO offices that saw it retain a firm grip on the network title. Besides the London office, multiple gold awards were also reaped by BBDO New York, Impact BBDO Dubai, Clemenger BBDO Wellington, Sancho BBDO in Colombia, BBDO Guerrero in The Philippines,  BBDO Belgium and BBDO Moscow.

That said, the strong entry at Cresta Awards 2020 ensured the BBDO network did not have it all its own way. BETC was announced as the Runner-Up Network Of The Year, having taken one Grand Prix and 17 Golds across the Paris and São Paulo offices 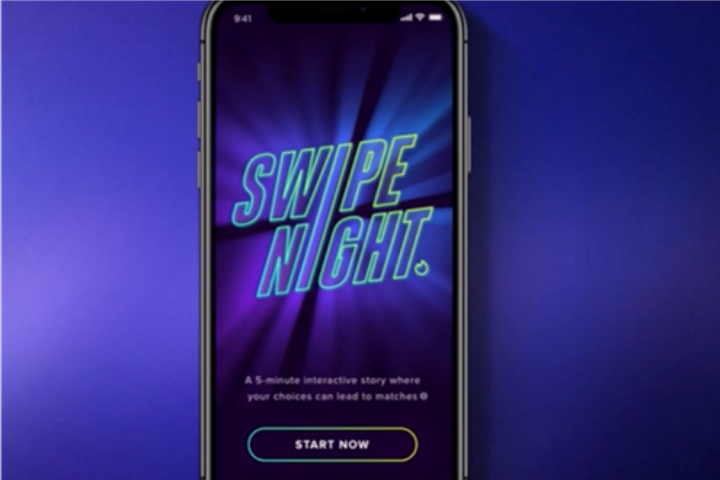 72&Sunny Los Angeles took the Runner-Up Agency Of The Year spot, with a standout performance that centred on the Tinder ‘Swipe Night’ work.

Also defending a title strongly was Serviceplan Group, who held the Independent Network Of The Year with a haul of winners including 16 Golds across a broad range of work. 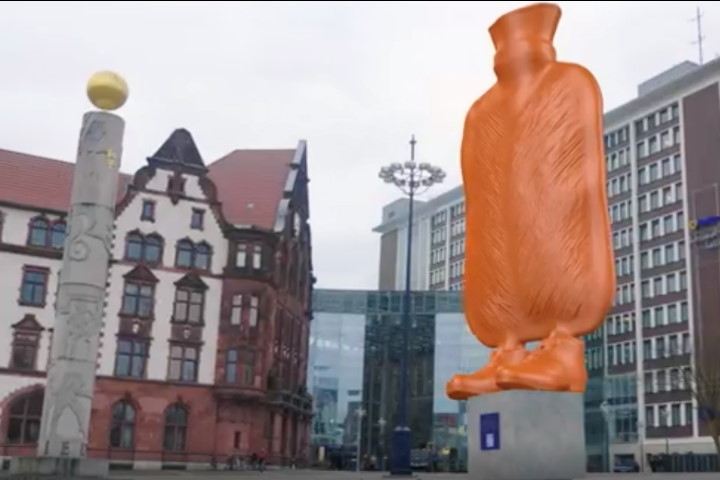 
The Jury Award, made personally by the Jury Chair Oriel Davis-Lyons, was given to two of the gold winners. The Casanova McCann entry 'Second Chance' for Donate Life California was honoured “for its simplicity and potential”, said Davis-Lyons. “I liked that it's not an ad at all but a new way of looking at things. And it offers us a glimpse (at least here in the States) of the police actually doing some good.”

He also awarded Akestam Holst of Stockholm and its entry 'Maurten Unofficial’, commenting: “It's cheeky and effective and a lot of people would have said ‘no’ if they'd been presented with the idea. Or it would be one of those that gets presented further and further back in the deck every meeting until it disappears into the graveyard. Hats off for getting it done.’

And he added a further special mention for the overall strength of ‘#wombstories’: “For the bravery in storytelling. So many brands and agencies would be too scared to do this but this team didn't shy away from anything and the result is spellbinding.” 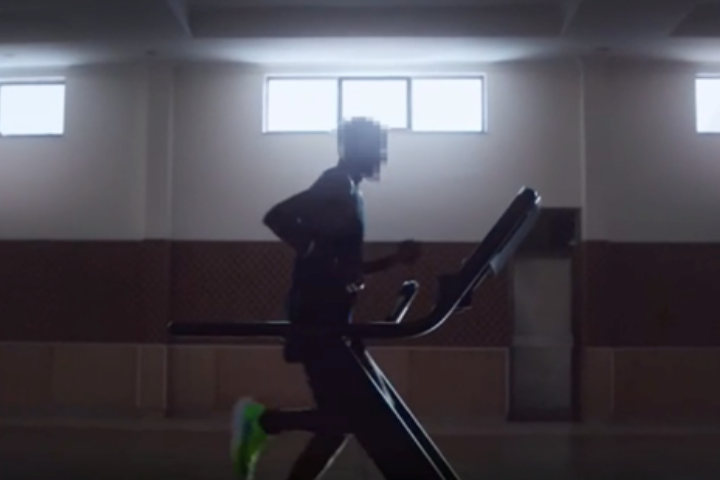 A new honour, the President’s Award, was given by the leadership team, Lewis Blackwell and Alan Page. The award is designed to highlight a special contribution to creativity by a company, an individual or a client.

Alan Page, Cresta President, announced that the first recipient would be Dentsu. He shared his personal thoughts on how the Creative Standards International team had come to choose the honoree.

“In this, its first year, we have chosen to honour Dentsu with this award, and in particular its offices in Japan.

“I was fortunate in visiting Tokyo earlier this year, just before the worst of the lockdowns swept across the globe. The city was quietened by the threatened pandemic, but far from closed.

“I was struck, as so many are, by Japan’s contradictions. Its modernity seeming to clash with a reverence for traditions. Its orderliness at odds with an underlying cultural vibrancy. Its delicate aesthetic sensibility a contrast to its industrial might.

“Then when I reviewed entries arriving from Dentsu there was the country - its past, its present and perhaps its future, all melded into one extraordinary body of work for a wide range of hugely differing clients.” 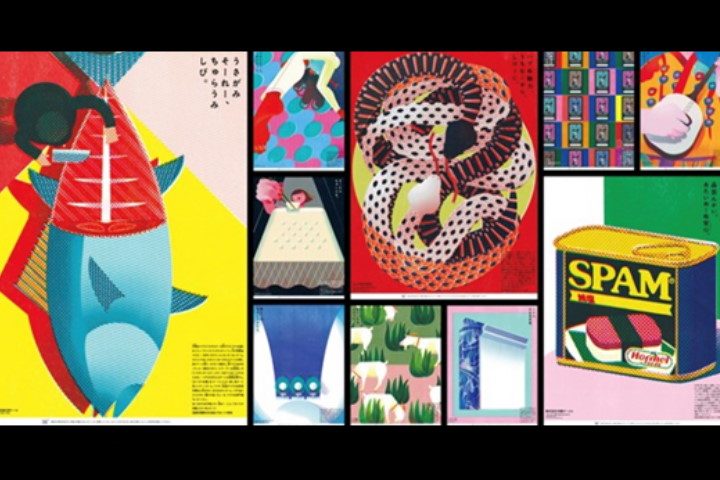 From saving an ancient language to a virtual fashion show, just some of Dentsu’s work in 2020 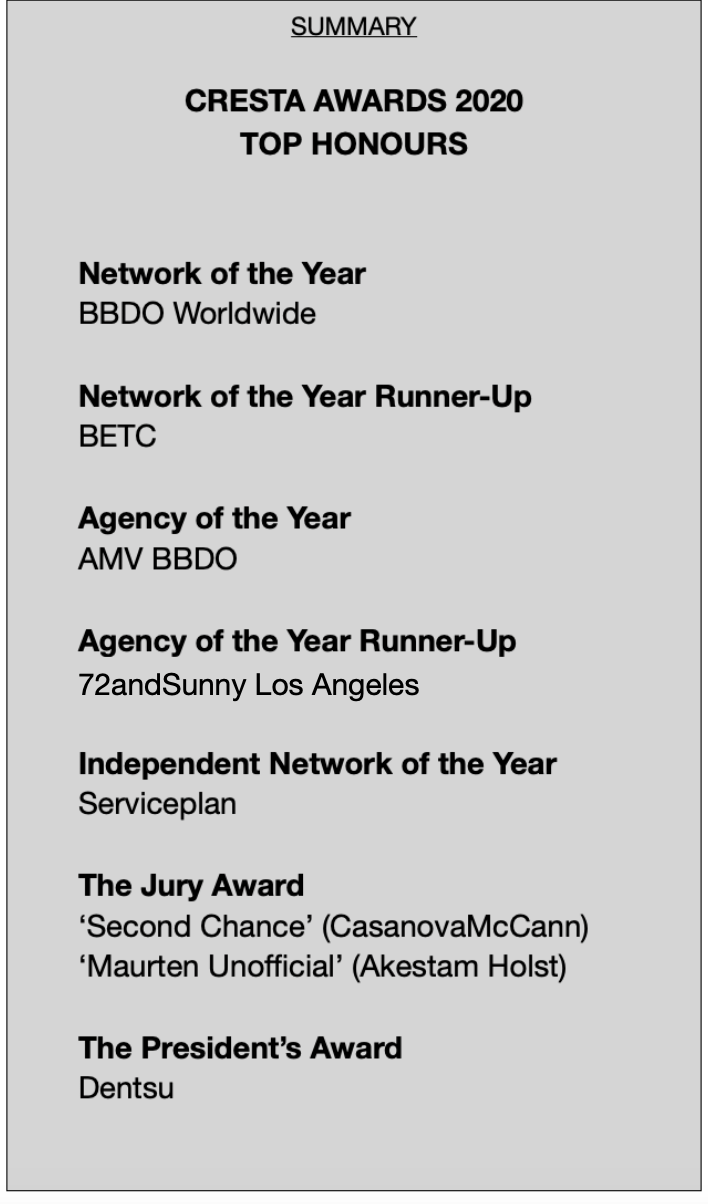